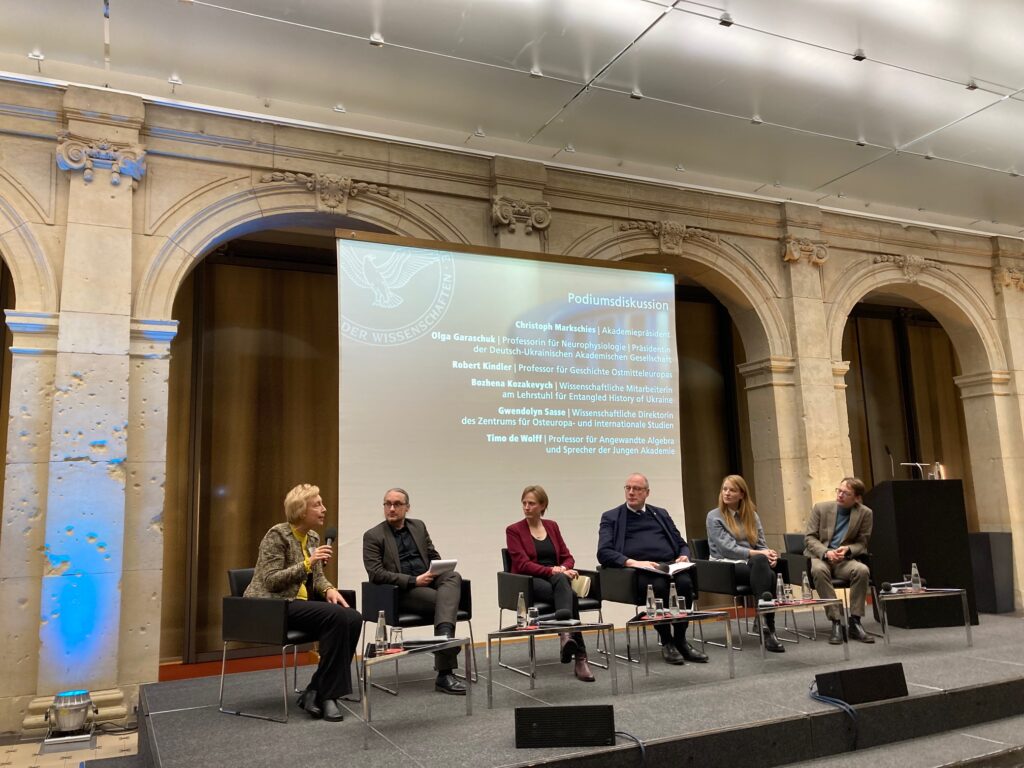 The handling of russia’s criminal war of aggression against Ukraine has shown that Eastern European expertise has been significantly marginalised in Germany and other parts of Western Europe. Relevant research has not been given enough attention and support for a long time. Thus, the lack of knowledge and empathy was and is astonishing, even frightening. Against this background, the Berlin-Brandenburg Academy of Sciences (BBAW) is preparing to establish a “Young East-West Network”: Excellent young researchers from “East” and “West” are to initiate interdisciplinary projects through networking, which will serve to advance common knowledge and to foster mutual understanding. In addition, the focus is on building trust. Such interpersonal bridges are needed to promote European integration.

As the first step, a dedicated event was organized by the BBAW on the 19th of December 2022 in Berlin. In addition to a workshop, where displaced Ukrainian researchers and those still working in Ukraine, together with colleagues from Germany discussed what such a network could look like and what are the best approaches to support the recovery of  in the future.

The workshop was followed by a panel discussion, aimed at contextualising this project by putting the war and current relations between Eastern and Western Europe into historical and political perspective: What were the major failures of recent years and decades, where do risks continue to lie, where do opportunities need to be seized? The Panel was moderated by the BBAW President Prof. Dr. Christoph Markschies, and included the speakers: