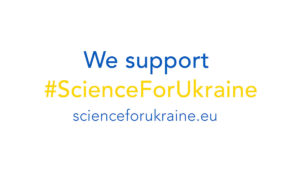 The Ukrainian Academic International Network (The UKRAINE Network, or UKRAINET), in cooperation with the #Science for Ukraine has recently launched this series of short informational webinars, aimed at displaced Ukrainian researchers, who now found themselves in different countries all over the world.

#3: Orientation within the academic system of the Netherlands

Dutch national team of #ScienceForUkraine and the UKRAINE Network cordially invite you to this webinar, following the previous events dedicated to Germany (in English and in Ukrainian (starting at 25’45” till 1h 3’10”), download slides here), Austria & Switzerland (in Ukrainian) and to Finland & Sweden (in Ukrainian).

During this event we will offer a general overview of the way the Dutch academic system is set up, possible career paths and common funding schemes. Next, we zoom in on students-to-early career and early career-to-independent research transition, discussed from the personal perspective of two Ukrainian scientists who moved to the Netherlands several years ago.

Paul Merkus heads the Research Support Office (RSO), a central group of TU/e professionals who help researchers to maximize their chances of success with project acquisition and execution. The RSO offers specialized support to researchers throughout the whole research project chain. Further, Paul is the central contact person to all TKI’s (implementing the topsector policy), member of the EAISI MT for external affairs, secretary of the e/MTIC Steering Group and e/MTIC Funding Team and Innovation Call Manager at Eindhoven Engine.

Paul has a background in applied physics and worked over 30 years in industry. He has a track record in both hardware and software product development and further specialized in public funding for collaborative innovation, both national and European. He understands the challenges of both industry and academia and how they can be brought together. Paul has the ambition to build bridges wherever relevant, and to facilitate the definition and execution of public-private partnerships in innovation. He has an action-oriented can-do mentality and was involved in the launch of both e/MTIC and EAISI.

Dr. Olya Kudina is assistant professor in Ethics/Philosophy of Technology at TU Delft. She investigates the dynamic moral world and the role that technologies play in it through the prism of moral hermeneutics, pragmatism and empirical philosophy.

Olya completed her MA in International Economics at the National Aviation University (Kyiv, Ukraine) in 2013, after which she moved to the Netherlands to start a second MA in Science, Technology and Society at Maastricht University (the Netherlands). Subsequently, she obtained a PhD from the University of Twente and held several visiting scholar/lecturer positions in various universities in Europe and overseas. In 2019, she started working at TU Delft as a postdoc within the ERC-funded project of Prof. Ivo van der Poel and has transitioned to a university lecturer role within the TU Delft AI-Lab program.

Yevhenii Radchenko is a PhD student in biochemistry at Leiden University. He obtained his BSc and MSc degrees in Organic Chemistry from Igor Sikorsky Kyiv Polytechnic Institute (Ukraine). During his studies, Yevhenii participated in two foreign research internships: at the University of Giessen (Germany) and Leiden University (Netherlands). This strengthened his passion for fundamental research and motivated to start a PhD project. Since 2019, Yevhenii has been working as a PhD candidate in the group of Prof. Dr. Hermen Overkleeft, with a focus on organic synthesis of biological aids and antibacterial compounds.

You might also be interested in The Netherlands Recruitment Day (online, 1 October 2022, register by 1 September), organised for early-stage to senior researchers, who would like to proceed with their career in research or higher education in the Netherlands.